We headed to Chicago last Friday to hear the band Switchback perform a St. Patrick's Day concert.  It was a dreary, rainy day when we entered the city...

The concert was in Rogers Park, north of downtown Chicago.We scouted the area for parking (like looking for gold at the end of the rainbow), and eventually we found a spot a few blocks away from the Mayne Theatre.  The "L" cut a swath through the neighborhood, and we drove through areas with nice houses and torn down buildings.  I must admit we were a bit nervous, memorizing where we parked our car (especially after losing a car in New Orleans, but that's another story...). 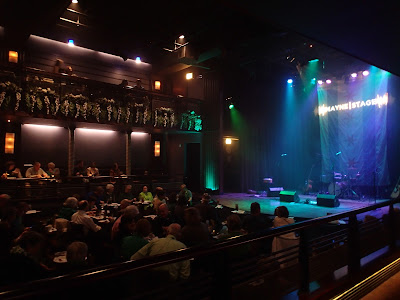 The Mayne Theatre was beautifully restored.  We found some great seats along the wall, and it wasn't difficult to imagine ghosts of women clad in slinky dresses smoking long cigarettes and drinking forbidden liquor. 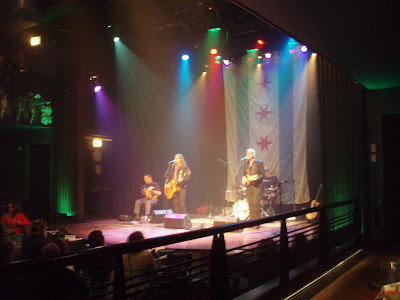 Switchback played many familiar songs including "Nancy Whiskey", "Danny Boy" and "Travelin' Down and Irish Road".  Every song took us back to our recent trip to Ireland with this wonderful band.  Reliving vacation through music, friends, food and whiskey made for an amazing Friday evening! 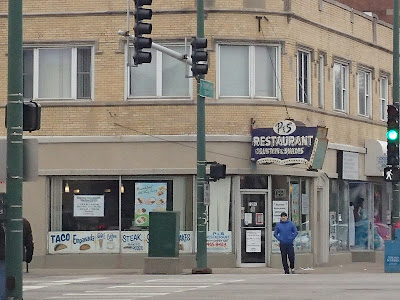 On Saturday we started our day with a great little neighborhood restaurant in Skokie.  Ok, it probably had the original fixtures from the 1930's, but the biscuits and gravy and french toast were amazing!
As we traveled through Slokie, Evanston and Rogers Park on Saturday, we found some interesting sights...

Mike noticed the "U-Spy Store" which we had to visit!  Cameras in pens, cameras in alarm clocks, cameras in soup cans, cameras in lapel pins...who knew???  I mean we "get" James Bond carrying these cameras, but mainstream America?

After a great day of antique shopping, we headed back downtown for dinner at a great little Italian restaurant, Rosebud on Rush which we discovered in January.   And then the city gave us a magnificent goodbye! 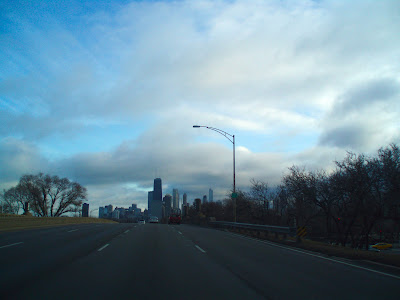 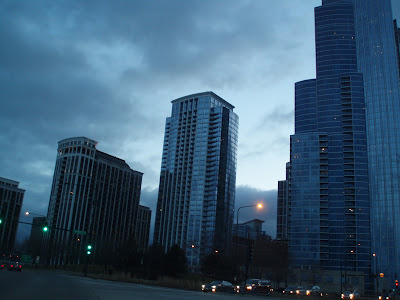 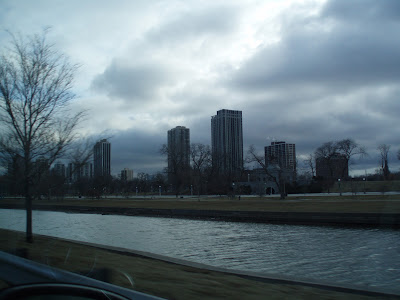 We are already talking about our next trip to Chicago...museums anyone?  Definitely a plus to live 2.5 hours from Chicago!  And we are still dreaming about Ireland...

Have a great week!
Diane
Posted by Diane at 8:15 PM