No, we did NOT have a shoot out, but it was an interesting "John Dillinger weekend" in Indianapolis.

One of the things we really enjoy about Indy is the variety of great restaurants.  So when our friends Gretchen and Craig came to town for the weekend, we introduced them to one of our favorite downtown restaurants, Napolese Artisanal Pizzeria.  It's a small, New York city style restaurant with an industrial chic feel.

And the food...very different from your normal pizza joint.  From our brussels sprout salad with apples, dried cherries and a balsamic redux, you get the general idea this is not your mom's cooking.  After savoring the brussels sprouts salad, a white beet salad and a Hamaker pizza and designer cocktails, we headed out to another of our favorite places, The Slippery Noodle Inn.  And that's where our John Dillinger weekend began.

I've mentioned the Slippery Noodle Inn in previous blogs.  We attend their Halloween contests (where Mike won first place last year in his Iron Man costume), listen to live bands and enjoy quick meals downtown when we are going to a concert or a Colts game.  But the place also has a history. It's the oldest continually operating bar in Indiana(since 1850),  and it's on National Register of Historic Places.

And one of its' claims to fame is that during Prohibition, the Dillinger gang used the building in the back, originally built as a horse stable for the inn, for target practice.  Several of the slugs remain embedded in the back wall.  We enjoyed drinks in that very room, and you can still see the holes in the brick wall.  Wow!


And then on Saturday, Mike had the bright idea of going to Crown Hill Cemetery to find where John Dillinger is buried.  Crown Hill is a HUGE cemetery, and at 555 acres, it is the 5th largest cemetery in the United States.

Assuming Mike knew where Dillinger's grave was located, we agreed to this little sojourn and began to drive through the cemetery.  Or course he had never been to Dillinger's grave before and had NO IDEA where it was located.  So we drove around and around, and that's when we realized just how big 555 acres is.

And there were a few interesting signs along the way, things you just don't expect to read in a cemetery... 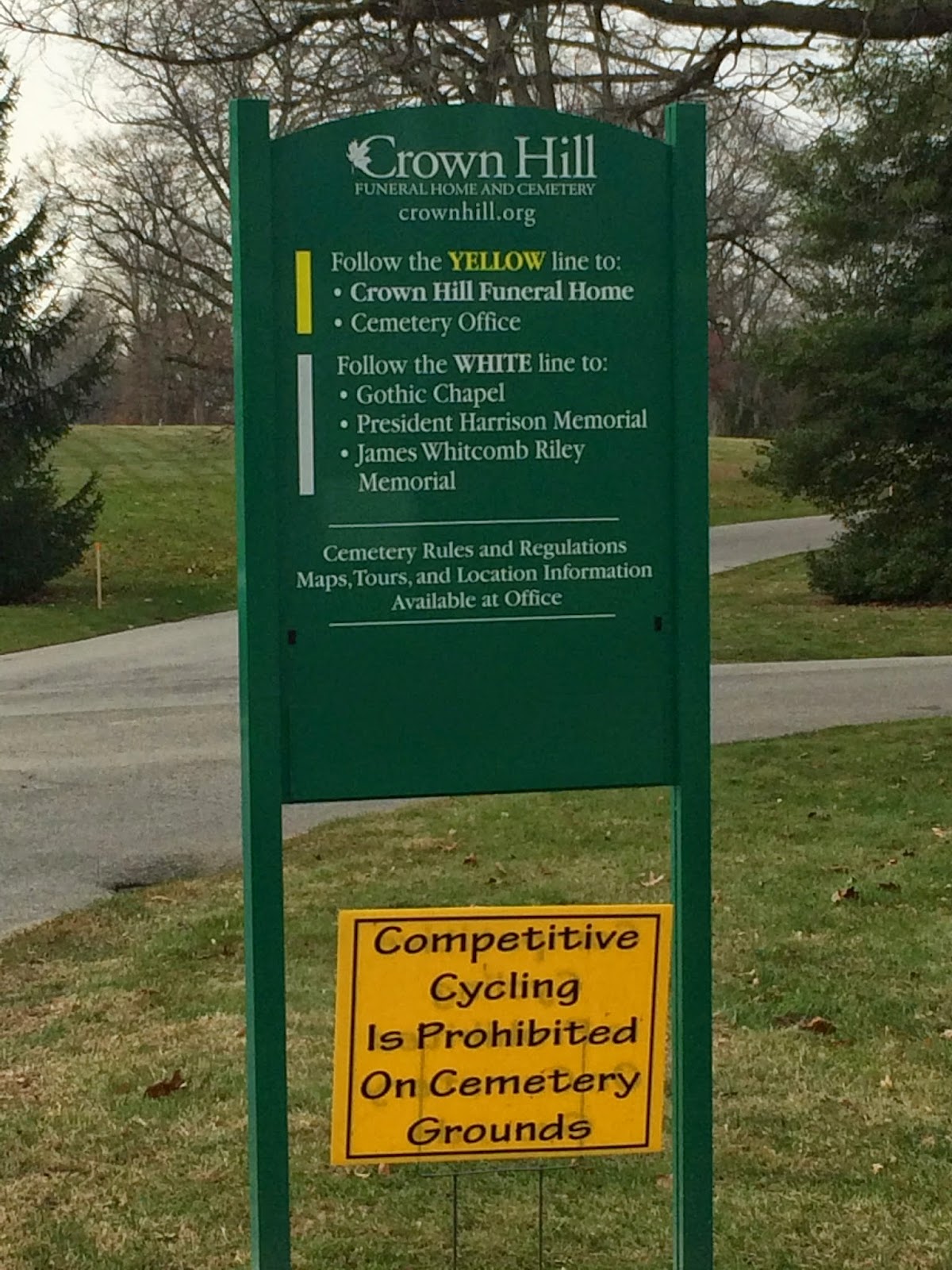