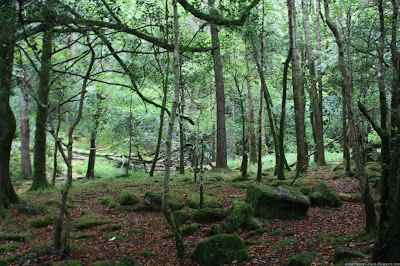 It's hard for me to put my finger on why Ireland calls to me.

There certainly is the beauty of the most vivid greens you can imagine. 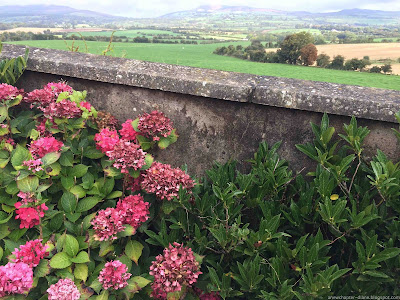 And the hillsides that look like green quilts stitched with stone fences. 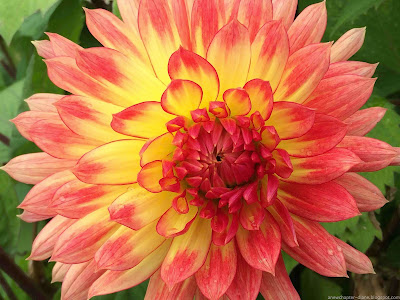 Brilliant flowers that pop against the green. 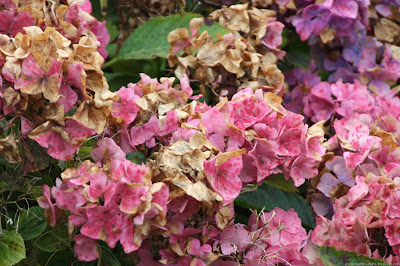 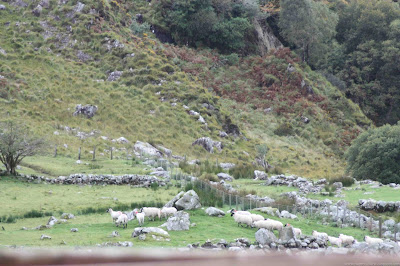 Sheep graze on the hillsides climbing rocks like a walk in the park. 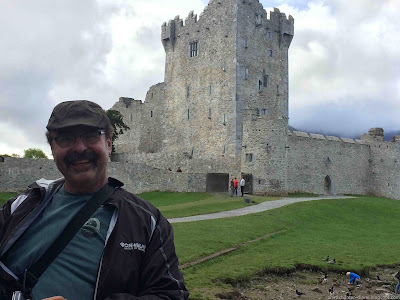 Or maybe it's the ruins of castles along the way.


Or the fact that the people generally seem happy despite many generations of being downtrodden.  In ancient years it was invaders or famine stepping on the Irish,  and more recently they are dealing with massive debt created by the 2008 economic crisis and the brain drain of young adults who leave Ireland looking for jobs after graduating from college that was fully paid for by Irish citizens.

And then there's the food...Irish lamb stew that melts in your mouth, fish and chips like no body's business, and who doesn't like potatoes at every meal?  And the butter and cheese and ice cream are to die for.


And I won't even go into the Irish beers and whiskies.
As you can see, we enjoyed another amazing trip to Ireland with the band Switchback.  We especially enjoyed that our friend John joined us on this vacation

And since returning on Sunday I am a bit worn out by jet lag but still dreaming about Ireland.  In addition to the pictures above, here are a few of my favorite moments...

Sitting on a park bench by the cemetery by Muckross Abbey and feeling the most calm and relaxed I've felt in months. 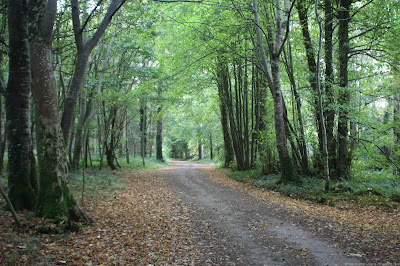 Hiking in Killarney National Park with Mike and John, enjoying a 5-6 mile trek despite the daily mist and rainfall. 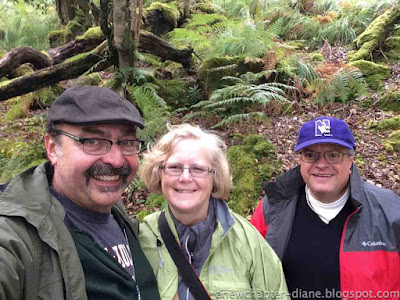 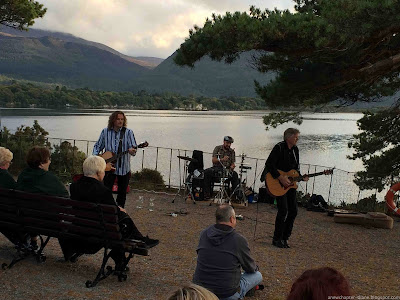 Watching Switchback perform at sunset with a beautiful lake in background.

Enjoying a magnificent view of mountains and the lake at the Lake Hotel in Killarney. 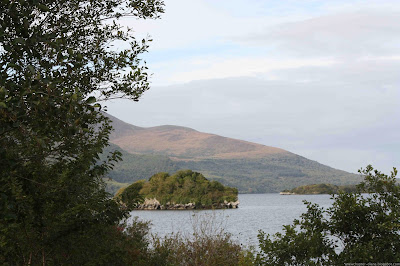 Dancing with some Irish folk to the song "American Pie" at the hotel pub.  Am glad this was not captured in a photo, thought Mike may have a video...

Meeting some great people traveling on the Switchback Tour and catching up with a few people who were with us during our trip in 2012. 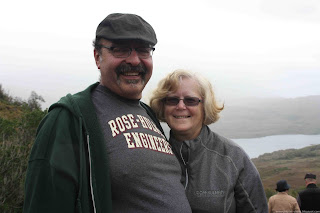 Ireland remains close to my heart, and I hope to return again someday...